Hello everyone! Today was another fantastic day in the best place on earth. We started off our day with some delicious Israeli breakfast and the “kotel club” did its thing again. Today was another day full of learning and spiritual awakening. We were given the opportunity to participate in the Discovery Seminar, which basically gives proof to the Jews claim to the holy land and our belief in G_d. We were only fortunate enough to participate in three of the seven discussions, but they were all interesting to say the least. The first seminar focused on the 7 wonders of Jewish history. It basically outlined the effect the Jewish people have had on the world…..we’re pretty awesome if you didn’t know. We touched upon the fact that the Jews, as such a small portion of our world, make up an un-proportional amount of influential people. The Jewish people are supposed to be “the light unto nations,” our duty in life is to spread morality and consciousness to people around the world. So remember kids, Aaron is always right. (Dad….)

The next two seminars focused on codes and meaning in the Torah. We got to see really cool, real world examples of how the Torah has recorded huge major events hundreds of years after it was written. Even if it was all hocus locus, it was still very exciting. After re-reading this paragraph, I realized that it auto-corrected hocus pocus to hocus locus, which I like a lot more, so we are leaving it.

After our classes, we were given a super cool tour of the old city, most of which took place underground in museums that have preserved the remains. Done with our tour, we were set loose and done for the day. A few of the guys decided to head to a quiet bar and discuss some Torah with each other, headed by one of our trip leaders, Michael. It was a fantastic discussion! We literally read 4 paragraphs out of a commentary book and sat there for 3 and a half hours talking about it and everything the conversation lead us too. We started at what a “mans role is in the world” and ended up talking about dating, sexuality and how awesome Jewish girls are. Again, love from the holy land! Hugs!

Also, on a side note, I’m and starting to realize how close I am becoming with these people. Who would have thought that after 6 days, I would be such amazing friends with these people. I feel like have known some of them for months and many of us are already planning other adventures during Akiva two. So parents, do not fear, your children are being loved and loving each other on this trip. 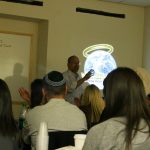 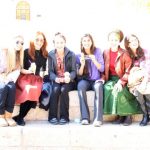